Washington, D.C. PBS member station WETA launched a brand refresh in early 2022 aimed at making the station’s look more flexible while cementing its status as a “cultural institution” in the crowded realm of organizations and iconic Beltway diffusers.

The design process was sparked by a “perfect storm” of scenarios, says Dylan Wilbur, the station’s creative director.

The first was the 2019 rollout of the new PBS logo and branding standards which also featured new guidelines on station co-branding.

The station is also working on a $50 million project update at its Campbell Place broadcast facility in Arlington, Virginia, slated for completion in 2023. Staffers also found that the old logo featuring two ribbon elements suggesting a vanishing point behind the wordmark was having issues visibility in smaller but highly visible applications such as social media avatars.

Much of this seemed to be driven by those red ribbons taking up extra space. This often caused call letters to appear at smaller sizes than was ideal.

Finally, the station had also explored creating a musical signature mnemonic device that could be used on both its television and radio properties as well as its nationally distributed productions which, along with a strong logo, would connect all these assets in a cohesive way.

When the team began working on the project more than a year before its debut, they were careful to define their ultimate goal.

“We weren’t approaching this as a rebrand, but as a refresh. WETA enjoys incredibly strong brand awareness in the Washington, DC market, as well as through our nationwide network of public broadcast partners,” said Wilbur.

It was decided to stick to black and red as well as keep the serif typeface. Along with this, the main palette also includes white and three shades of gray. 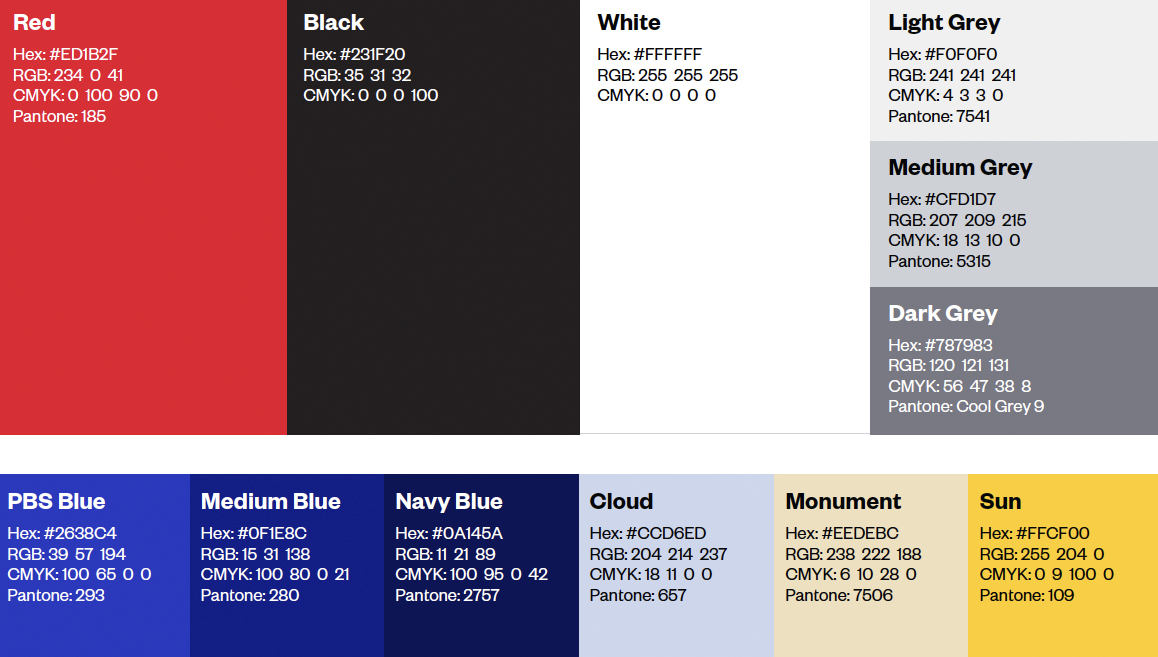 Secondary colors include the three blues in the PBS palette, PBS Blue, Medium Blue and Navy Blue but, instead of the teal, yellow and coral secondary palette, WETA has selected Light Cloud Blue, Monument Beige and Golden Sun , shades that may still work with PBS standards but also provide a local flair as illustrated by the color names, especially the nod to a city full of historic landmarks.

“After reviewing a cross section of media brands in the market, it was clear that a simple, bold, sans serif typeface was going to make us blend in with all of our competitors,” Wilbur explained.

Logo designs developed during the rebranding process that were ultimately not chosen.

The team felt this required a modern serif typeface that would help it stand out in the market, but also perform well alongside peers in the arts such as The Smithsonian or The Kennedy Center.

“WETA is not just a media company, but also a cultural institution in the Washington, DC area, so our brand should balance both concepts,” he added.

To that end, a custom-drawn WETA brand was created after an exhaustive search for a serif typeface that was both sharp and stately, yet would fit well. 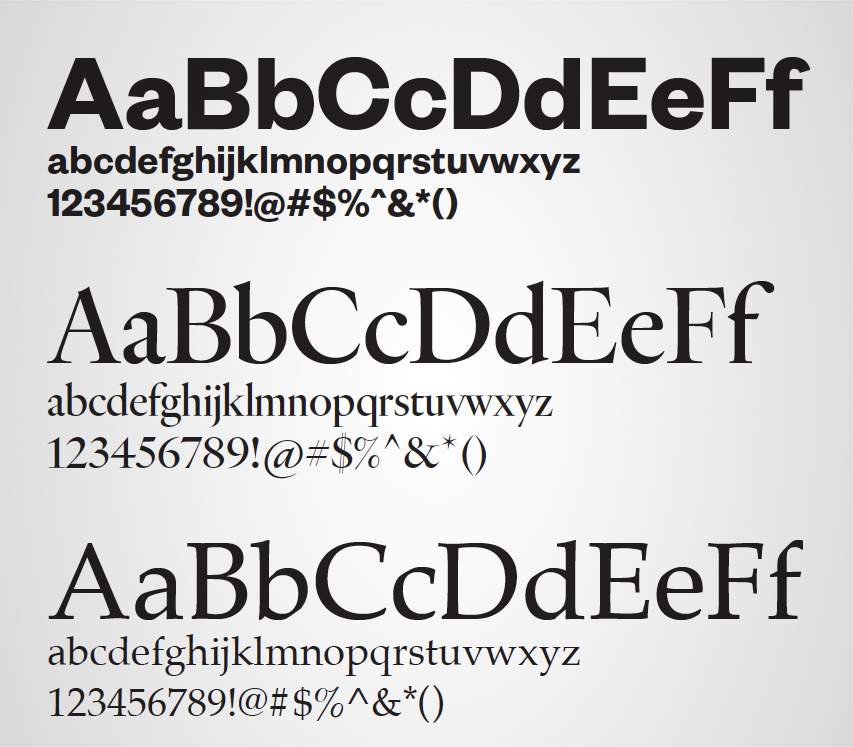 In addition to a custom drawn logotype, WETA uses, from top to bottom, Founders Grotesk, Heldane and, as an alternate copy, Palatino Regular.

Founders Grotesk sans serif is also used as the title and subtitle font while Heldane serif is assigned to body text, with Palatino Regular an acceptable alternative. Heldane is also used for show titles in schedule interstitials.

Another key decision was to lean more on the ribbon element, but give it “depth and meaning”.

“We now approach the ribbon as a symbol of transmission, a red carpet for our wide range of entertainment programs and an American flag stripe – a nod to the work we do with filmmaker Ken Burns and Dr. Henry Louis Gates Jr. capturing America’s history, and obviously our location here in the nation’s capital,” Wilbur said. 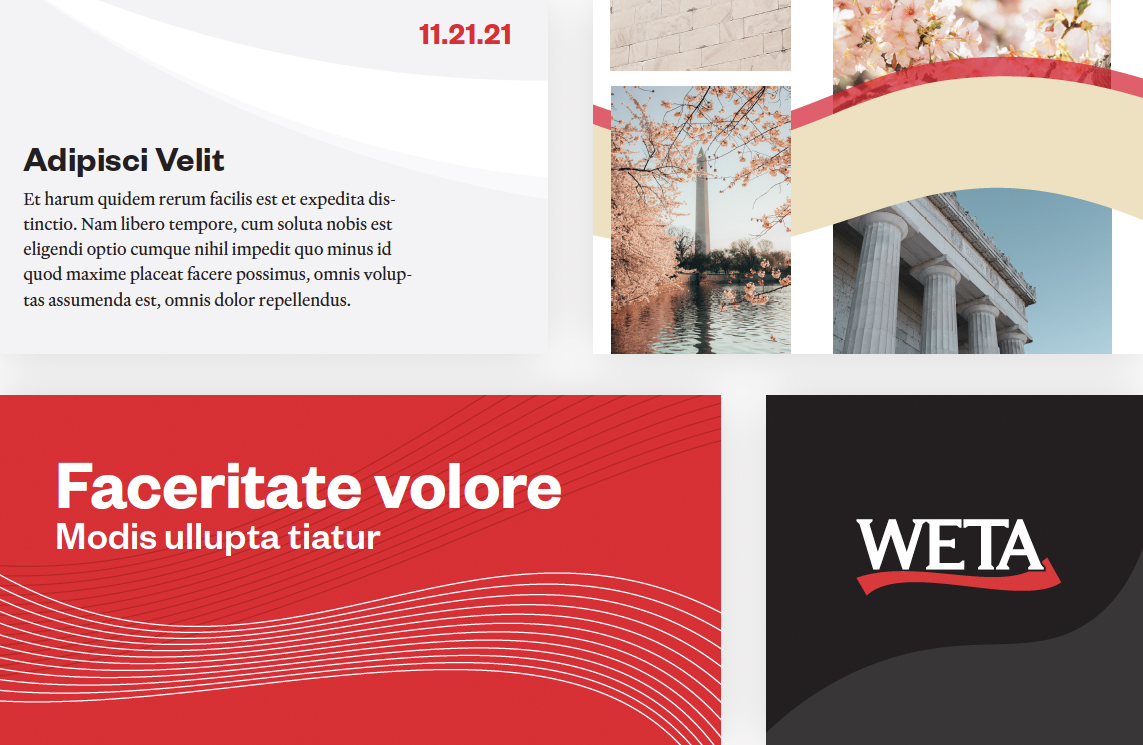 The ribbon can also be used in a variety of representations; some examples from the WETA brand guidelines are shown here. 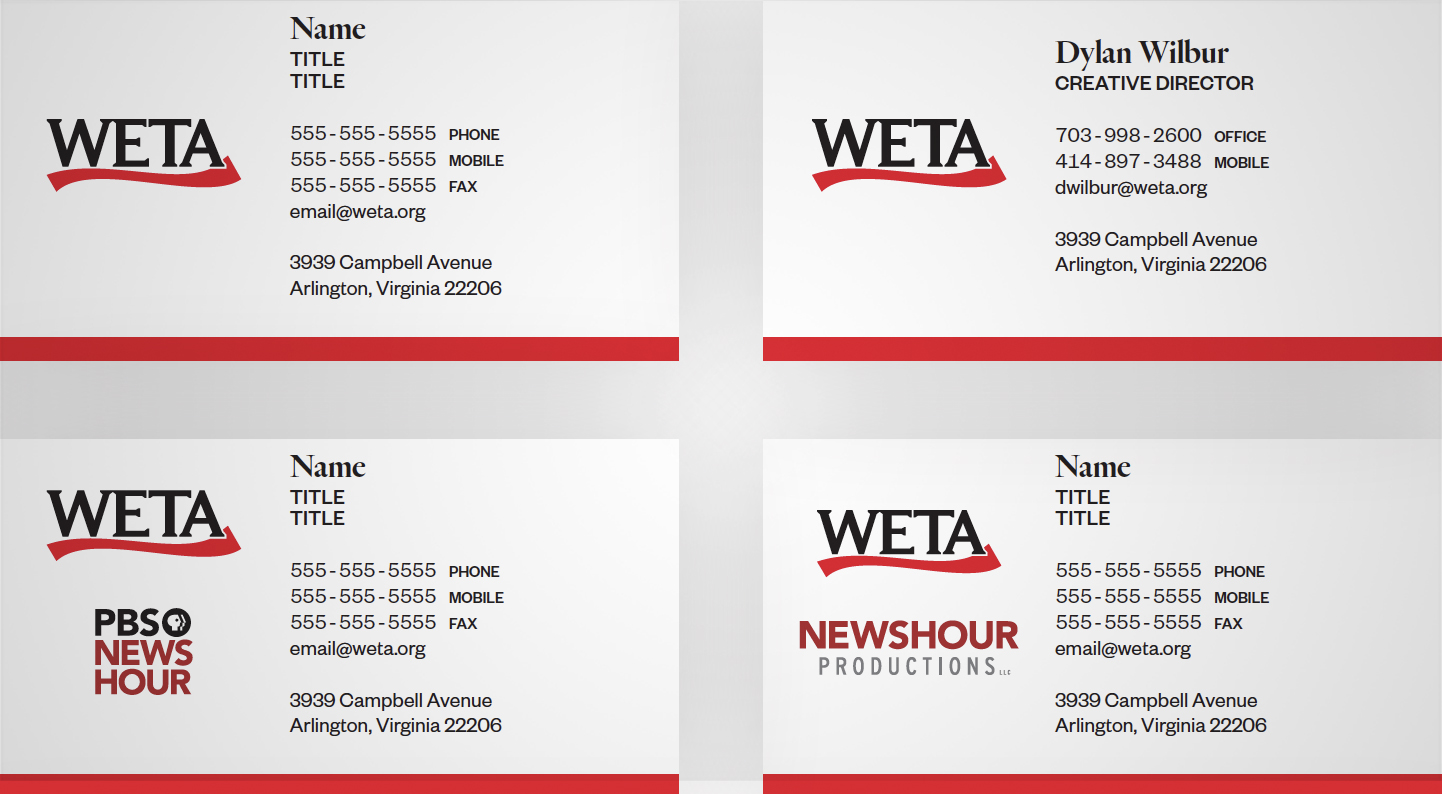 The element was also designed to convey a sense of movement and dimension even in a static form, which led to the detail of tucking the straight edge of the ribbon behind the “A”.

Once the logo lock was finalized, WETA worked with RenderOn’s Dan Jan Vrem to create a 3-second production slate that accompanies the station’s productions that are seen by PBS viewers across the country, ranging from “Washington Week” to “Finding Your Roots”. ”

A different version was created for its UK programming channel, WETA UK, in-house, which changed from using a Union Jack design to a crown perched atop one of the ‘u’ strokes in the lowercase “UK” style.

The station also turned to Chad Cook of Stephen Arnold Music to compose and record a mnemonic.

“Relying heavily on piano and strings, we landed on a melody that is a musical rendition of the voice of our call letters,” Wilbur explained, adding that the station is currently working with Cook to create variations. Signature extras, including a solo. instrumentation for time idents on its classical music FM radio station and an “exciting promotional bed” to showcase series under its WETA UK brand.

For the channel’s interstitials, the landscapes and architecture of England were selected, but these were softened with misty, misty blues and grays to make the program information stand out. 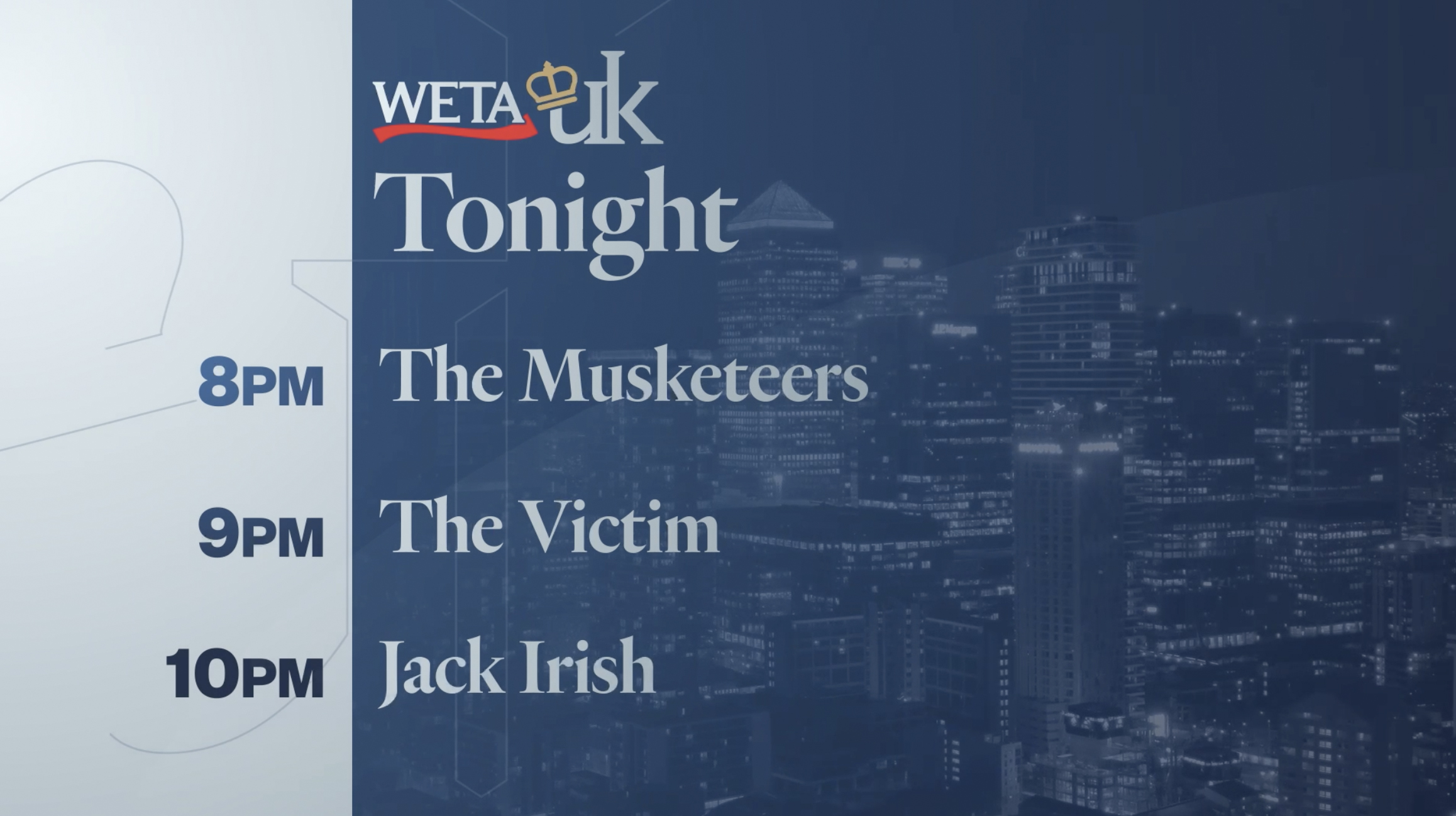 The “UK” lettering has also been updated to coordinate more directly with the redesigned station logo.

In addition to the UK brand, the station has also created updated looks for other TV and radio offerings: Classic, World and Underground.

The old logos, on the left, with the new iterations, on the right.

Throughout the creative process, the station also had to keep an eye on the new PBS branding and co-branding. guidelines first release in 2019.

“We wanted to be good stewards of their updated brand guidelines,” Wilbur said. It was also important to complement, rather than compete with, PBS brand standards while allowing the station to retain its own distinct identity.

Careful attention has been paid to ensuring that the new PBS logo and color scheme can be leveraged to give both brands equal weight when presented together.

The logo also had to follow the brand guidelines of PBS Kids, which retained its green circular logo.

Brand boosting Brand: How Davido’s signing by Wema Bank is a perfect fit

Do you remember late last year when Davido made a splash by raising 200 million naira from his fans and friends for his upcoming 29th birthday celebration? Do you remember that he used the first digital bank, ALAT by WEMA, to mobilize the funds that he ultimately donated to orphanages? Remember how soon after he […]

Perfect Circle guitarist Billy Howerdel has released a brand new video for his latest solo single, selfish heartswhich you can watch below. Howerdel released a new song a week before the release of his first solo album What was normal which will be released via Alchemy Recordings/BMG on June 10th. “No matter how many different […]

Whether you are buying a car or just want to learn about the auto industry, Google is one of the first places you go. That said, the search engine is the best indicator of which car brands are the most popular in various countries – an annual ranking than Australia Compare the market religiously sidelined. […]