Debuting the first of its two-episode premiere just after the Fox NFL doubleheader, “Monarch” follows the Roman family members as they strive to maintain their first status as a country music family, established by the matriarch. Dottie Cantrell Roman (Susan Sarandon) and Albie Roman (Trace Adkins).

“So the original inspiration was I was thinking, ‘What if I reimagined the Romanov dynasty as a country star family in Austin, Texas? “And I wanted it to be a big, opulent, multi-generational drama.”

The show focuses on all the Romans and their associates, but opens not only with Sarandon’s Dottie and Adkins’ Albie hosting a press conference, but with a focus on the eldest daughter, Nicky Roman (“Pushing Daisies” alum Anna Friel). She’s beginning to emerge from the shadow of her superstar parents, but some wonder if she’s really the heir to the Roman crown.

“And I’ve also really, because of who I am and where I’m at in my life, been fascinated by the idea – and again, this goes back to my crazy Romanov research – but from someone who is the heir apparent, and has all this pressure on them, but in modern times, a woman who has turned 40, who finally has her chance to fulfill her dreams,” London Hilfers continued. before that, life was getting in the way. She had kids and a husband and a demanding family and all these obligations. And the idea that if your time comes up in the entertainment industry and you’re over 40, is it Too late?” That was a question that hung heavy, hung heavy on my mind for a while.

Gossip singer Beth Ditto plays Nicky’s younger sister, Gigi. She has a hell of a pipe game, but has stayed in the background, we quickly learn, to support her older sister whose dream is to be a country music legend. London Hilfers said her own younger sister “was part of the inspiration for Gigi, who was just tough and didn’t back down and is pure of heart and kind, and loves her sister.” But as with any drama, not everything is smooth.

“You will see as the series progresses, power and ambition can corrupt all kinds of people. And there are certainly challenges the sisters face. But at the end of the day, they ride or die for each other, which is what I really wanted to portray,” she said. 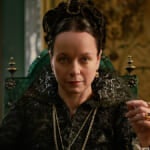 Joshua Sasse, known for showing off his pipes as the star of ABC’s “Galavant,” plays Luke Roman, Dottie and Albie’s middle child, who can sing, but is actually on the business side of things, directing their recording empire. Being a business executive, however, was not a career path that endeared his father to Luke.

“In a way, he has a very complicated relationship with his father. And partly that’s because he’s not a professional singer. He’s not a songwriter and his father, Albie , only really appreciate artists,” the EP told TheWrap. “But Luke is also amazing at what he does. He is the CEO of the company and has done phenomenal things and has great long term plans if Albie would only listen. His mother, Dottie, who made him CEO, knows what he’s capable of and she just wants him to have a chance to prove it.

All three Roman children have their dramas, and many of them are linked to the legacy of their “country music queen” mother, Dottie, who is played by Oscar-winning actress Susan Sarandon.

“Susan was ready to read the script. And I just prayed,” London Hilfers said of casting the actress for the role. “And she really responded to the material.”

And real-life country music legend and actor Trace Adkins was interested enough when he heard about the show, that they were able to send him the script.

“He was just amazing from the first moment,” she said. “And he told me he was responding to the character of Albie because they had a lot in common.”

“Monarch” airs Sunday night simultaneously in all time zones following the conclusion of the NFL double-header on Fox.

Behind Olivia Rodrigo’s three Grammy wins on Sunday night stood Long Island native, producer-songwriter Dan Nigro. “A big thank you to Dan who made all my music with me,” Rodrigo said during his acceptance speech for the Best New Artist award. “Dan, you are the best friend and collaborator I could ask for, so it’s […]

On April 26, PSY released a teaser for the title track ‘That That’ produced by BTS’s SUGA and this surprising collaboration has everyone ready! The video shows PSY dressed in a fringed cowboy costume, running through a western-inspired setting. The melody already sounds good and stands out from the usual PSY discography. It will be […]