Sammy Hagar & The Circle will release their new album, Crazy Times, via UMe on CD/Digital on September 30 and on vinyl on October 28. In this new video, Hagar talks about working with producer Dave Cobb:

In the video below, Sammy Hagar and Michael Anthony invite you to their talkshoplive event on September 28 at 3 p.m. ET. Join the action and tune in to the livestream where they will be interviewed by Steve Harkins, answering YOUR questions, with signed copies of Crazy Times available. Pre-order yours and connect, here.

Sammy and the band recorded the new album with producer Dave Cobb at historic RCA Studio A in Nashville, showing a whole new side to The Circle.

Hagar says, “Working with Dave Cobb for the first time has been enlightening. We entered the studio to record in the fall of 2021, as the world began to emerge from the pandemic bubble that we were all living in. because ‘Crazy Times’ was just about this newfound freedom we felt, the freedom felt amazing, but a little uncertain too. We had to ask ourselves ‘what are we doing here and what do we want?’

“Going back into the studio and creating and being with the music is all that felt natural. And it was so unlike any record I’ve ever done. There was joy in the hard work, the catharsis and the camaraderie that we had so longed for. It felt like those two years of not being able to do much had fallen away and we really all came together and let it out in the music and the lyrics. We were able to express what we all felt.”

Crazy Times follows their debut album, Space Between, a Billboard #1 multi-category album. The new album will feature 10 songs, nine of which were written or co-written by Hagar, plus a standout cover, “Pump It Up,” a 1978 song by Elvis Costello and the Attractions. The song “Crazy Times” was written by the whole band with Dave Cobb and recorded live.

Sammy explains, “Before I walked into the studio with Dave, he told me he wanted the best of my career on this record, and he wasn’t going to let me out of that studio until I told him. not given. So I said, ‘If you expect that from me, at my age, as many records as I’ve done, you’re going to have to push me,’ and he said no problem. Obviously I dug in and just tried to write good strong songs, good lyrics, good melodies and not worry too much about the arrangements because he had it all covered. And he pushed and pressed each one of us. We went into the studio with seven songs and released 10. We ended up co-writing three songs with Dave Cobb and the band, including the new track, Crazy Times. 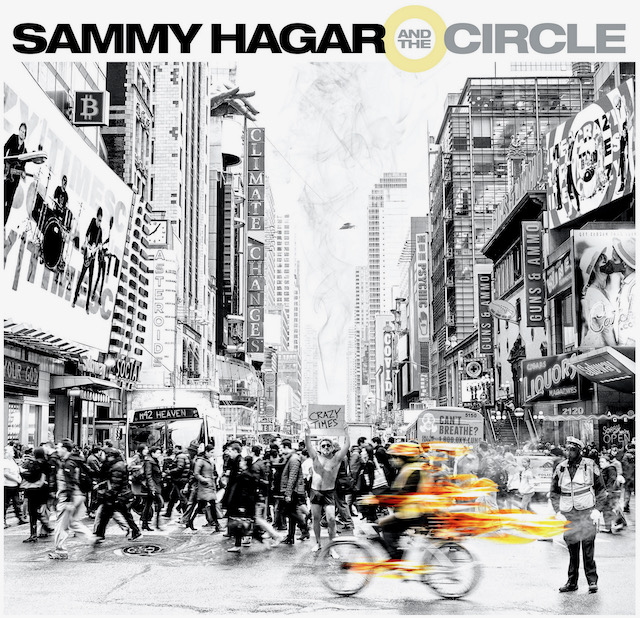 ‘Star is Born’ Producer to Talk Hollywood at CMC Aspen

One of the recurring themes of Dwayne Johnson’s career at the top of Hollywood’s A-List is that virtually everything he touches is designed with after-effects in mind, and they often end up being officially announced, before to finally merge into the ether of development hell. . At various times we have heard plans for a […]

On behalf of UFO Network, I had fun chatting with UK DJ and producer duo Duke & Jones, the masterminds behind the viral TikTok video “Money Don’t Jiggle Jiggle” among others! Duke & Jones is quickly establishing itself as one of the most forward-thinking independent players in the industry. Carving out a reputation as “producers […]