Injuries sustained while playing football during his years at St George’s College prompted Ade “Jellybads” May to turn to a career in music.

The 27-year-old is making progress as a producer. He produced his brother’s hit song Popcaan in 2018 my type. With Keron “KaleX” Alexander, he co-produced Billions by Popcaan with Quada, which features on the soundtrack of the British television series Boy Top which was recently certified silver in the UK for sales exceeding 200,000 units.

“I felt thrilled and proud that as a Jamaican producer, my music has reached such heights, especially so young in my career. I’m excited about how this sets the scale for quality and scope. of spreading music around the world. I will work to make this achievement the first of many,” May said.

It also justified his decision to leave Jamaica University of Technology after one semester to pursue full-time music production. He was pursuing a degree in entrepreneurship.

Lanky May talked about working with Popcaan and Quada on Billions.

“Being in the studio with Popcaan is always an amazing time, he’s fast, his sounds are refreshing and the energy is always high. His work ethic is first class and working with people like that is always motivating, it allows you to keep going and believing,” he said. “Kalex and I worked on the beat together, I introduced it to Popcaan and he loved the riddim so he started recording on it. I thought the song would be a good choice if I were to add Quada, so I ran it by him and let him record his verse. That track with Popcaan and Quada was just as interesting as being in the studio with them every time.

Although he’s been in the music business since 2008, May didn’t take it seriously until 10 years later. At St George’s he played Colts and Manning Cup football, but when injuries forced him to change direction he followed his famous brother’s path in recording music.

“I got into music thanks to Popcaan, he was the first who broke through in the family, so that’s the foundation. In 2008, he took me to the studio with him at Not Nice Records at the time , and that was my first real first-hand experience in a professional music studio. I found a deeper passion for music from then on, it was like fate,” May explained.

my type was his first crack at production. Since then he has worked on projects with Projexx, Munga, Dre Island, Yaksta, Runkus and overseas artists including Pa Salieu, Amaria Bb, Yxng Bane and Benny Jamz.

With KaleX and Riddim Boss, he recently launched Eardrop Music.

May is not formally trained in music production. He learned the ropes from KaleX, who taught him how to make beats. The success of my type (released on his Jelly Records) and the Boy Top certification are the highlights of his career to date.

Regarding being Popcaan’s brother, he admits that sometimes it’s easier to get artists to collaborate with:

“To a certain extent, there’s a network of artists who are willing to work with me just because, but not necessarily because I still struggle with quite a few artists,” May said. 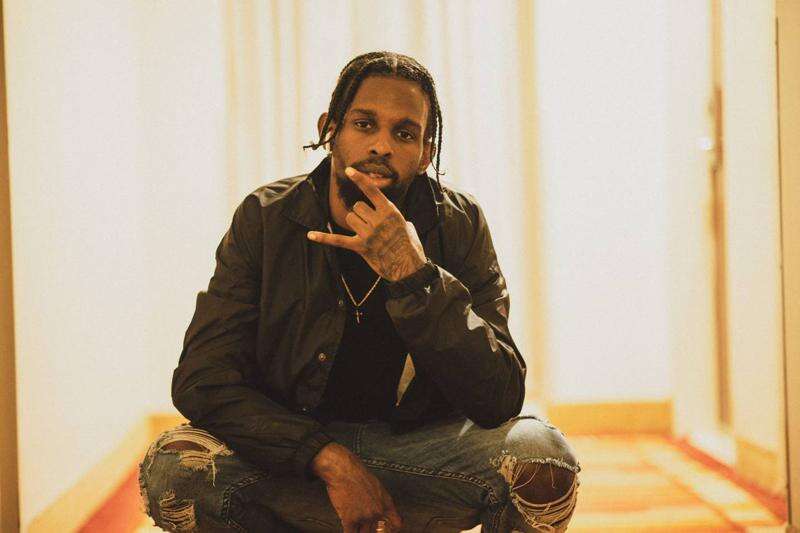 Responding to a report on 007’s official Facebook page that no such project could legally go forward because the rights holders had not licensed the rights to executive producer Merry Saltzman (daughter of the legendary Bond film producer and impresario Harry Saltzman), Saltzman told Playbill.com that she is considering a “musical” parody that “does not […]

Meet Osee, a producer and melodic who has his own brand of clothing.

One would recognize by its name the label “ITSOSEEMUSIC” at the beginning and at the end of the hit songs. Welcome Osee is a producer, composer and melodic based in Vancouver, BC, Canada. Osee is 26 years old and was born in the Democratic Republic of Congo and moved to Canada when he was 12 […]