More than 30 years after my first visit to the Royal Shakespeare Theater in Stratford-upon-Avon, I still remember my wonder when the last words died out in obscurity.

The occasion was a school trip to see Romeo and Juliet, and I can’t claim to have understood every word. But I vividly remember the electricity in the air, as well as the feeling that, through the power of Shakespeare’s words, I had been transported to the edge of a huge precipice and was looking deep into the soul human.

The idealism of an impressionable teenager, no doubt. And I realize that Shakespeare is not to everyone’s taste.

With the wrong teacher, it can be hard work. Even so, for the richness of its language, the beauty of its imagery, the wit, grandeur and complexity of its characters, it is unequaled in the English-speaking world – and, indeed, beyond.

But I vividly remember the electricity in the air, as well as the feeling that, through the power of Shakespeare’s words, I had been transported to the edge of a huge precipice and was looking deep into the soul human.

Above all, Shakespeare remains the greatest anatomist of the human condition that we have ever known. To hear Hamlet contemplating suicide, to see Cleopatra stare disaster straight in the face, is to confront the most fundamental questions of what it is to be human.

One of Shakespeare’s most eminent scholars, the American critic Harold Bloom, once claimed that the playwright invented “the personality as we have come to recognize it”. Shakespeare’s influence was so profound, according to Bloom, that if he had never written a word, “we would think, feel, and speak differently.”

It’s a bold claim, but it gives you an idea of ​​Shakespeare’s importance. You could spend your life reading his plays and never exhaust their possibilities. You might assume, then, that the Royal Shakespeare Company would want to sing its praises from the rooftops. But you would be wrong.

For, as RSC bosses explained this week, they are currently preparing school materials that will ‘keep Shakespeare relevant’. . . for the 21st century’. And according to their educational director, Jacqui O’Hanlon, it’s time to “expose the challenges that lie within the text” and make Shakespeare a “conduit” for modern social issues.

What does it mean ? Well, it turns out Avon’s Bard wasn’t such a good boy after all. In Ms O’Hanlon’s words, ‘there is racist language, there is racism’. . . there is sexism. . . there is ableism”. You almost wonder why she is promoting her.

It’s hard to know where to start with all of this. What self-respecting educational director wants to reduce Hamlet to a “conduit” for the waking obsessions of the day? Is King Lear merely a vehicle for discussing ageism? Is Richard III just a play about disability?

Then there’s that horrible word “relevant.” What does that even mean? Is Shakespeare somehow less relevant today than it was 30 years ago? Are love and death, jealousy and betrayal less relevant than before? 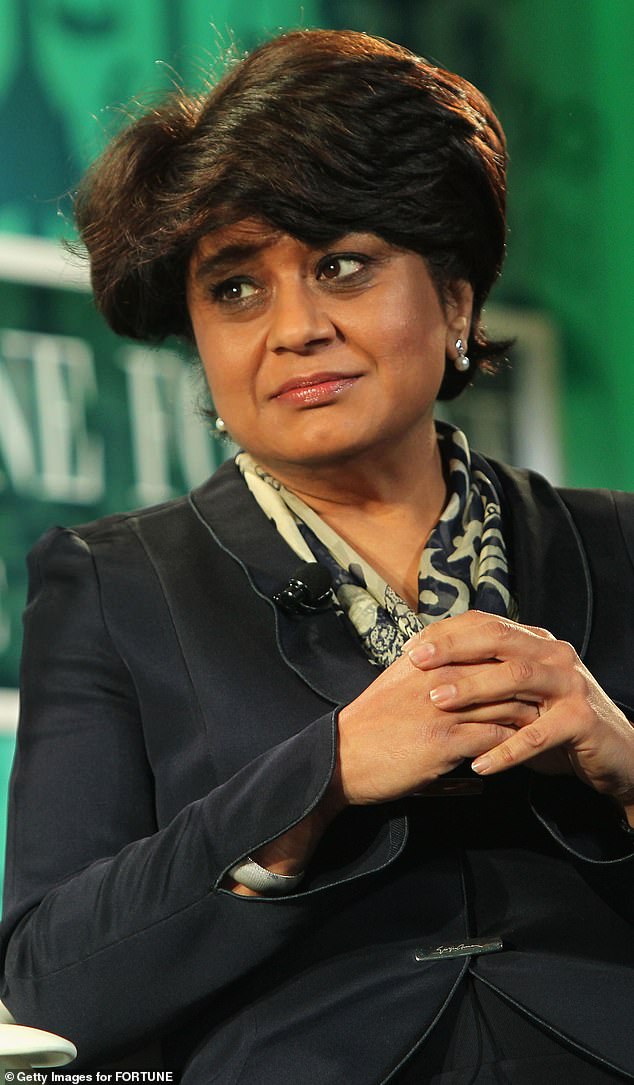 For, as RSC bosses explained this week, they are currently preparing school materials that will ‘keep Shakespeare relevant’. . . for the 21st century’. Pictured: Baroness Shriti Vadera

Are his pieces only a mirror of our own narcissistic preoccupations?

As a paying member of the CBC, I find this frankly embarrassing. A once great institution shouldn’t belittle itself by falling into woke bingo.

But as is often the case, the people who peddle this nonsense do not have an atom of doubt about themselves. Indeed, Ms O’Hanlon hopes to ‘influence the teaching of Shakespeare in every secondary school in the country’ – a truly depressing thought.

Sad to say, it’s part of a bigger picture. Just look at the CBC summer schedule, also released this week. As the theater proudly explains, he’s preparing a new production of All’s Well That Ends Well, aimed at “the social media generation” and addressing issues of “toxic masculinity and consent.”

Of course, each generation interprets Shakespeare differently. And I’ve enjoyed a lot of really daring productions, both on stage and in film. To give just one example, I love Baz Luhrmann’s iconoclastic Romeo + Juliet, which retained Shakespeare’s language, moved the action to a thinly disguised Miami, and made Leonardo DiCaprio and Claire Danes stars. . 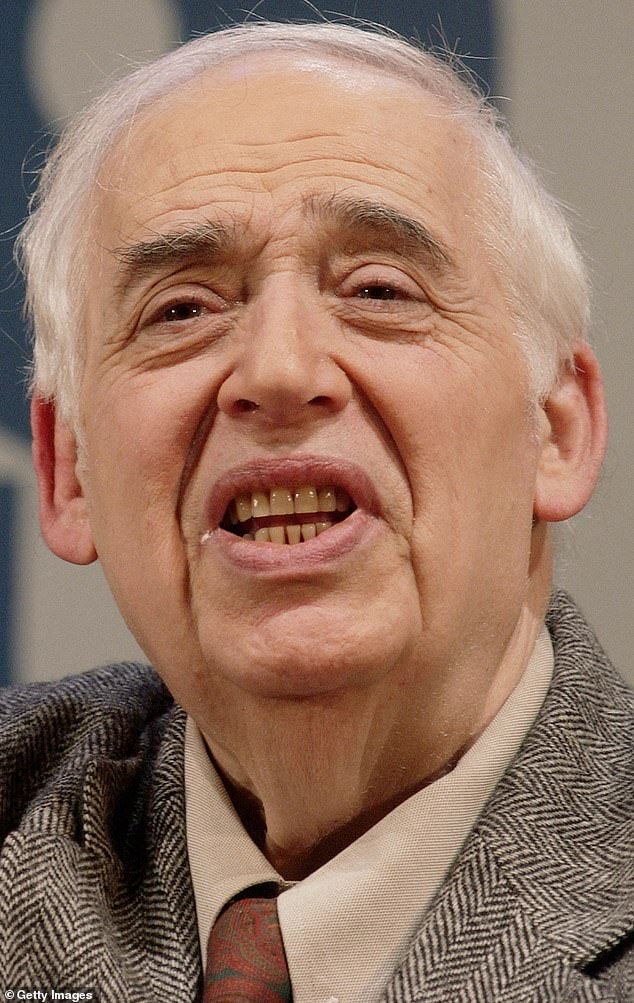 When Shakespeare’s Globe in London presented Romeo and Juliet last year, the director, Ola Ince, announced that she could not identify with the characters and had decided to base the play on the theme of mental health. (How refreshing: another topic we never hear about!). Pictured: author Harold Bloom

But this stuff about social media and toxic masculinity isn’t bold. How bold can it be when all the other cultural institutions are beating to the same drum?

When Shakespeare’s Globe in London presented Romeo and Juliet last year, the director, Ola Ince, announced that she could not identify with the characters and had decided to base the play on the theme of mental health. (How refreshing: another topic you never hear about!)

“We wanted to be anti-tradition,” she explained, adding that her cast removed dialogue they considered “racist, inappropriate or insensitive,” and added new lines exploring issues such as “the impact of patriarchy”.

Again, you might be thinking that I invented an implausibly awake theater director and put ridiculous, over-the-top jargon in her mouth. 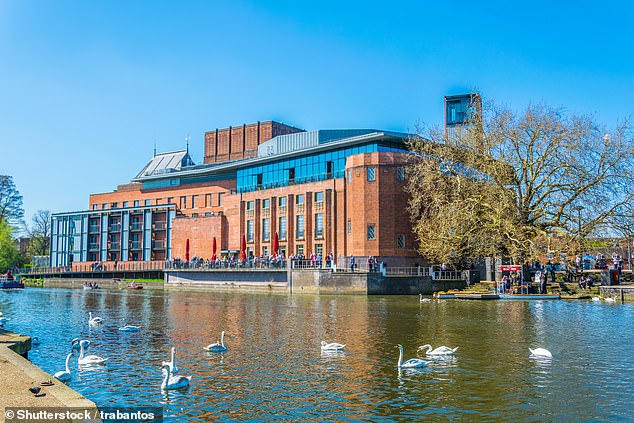 But one of the weird things about all of this is that these people don’t realize how ridiculously predictable they seem. Pictured: The Swan Theater hosting the Royal Shakespeare Company

But one of the weird things about all of this is that these people don’t realize how ridiculously predictable they seem.

The Globe has the shape for this kind of nonsense. His website claims that there are “harmful, difficult and uncomfortable moments in Shakespeare.” And if you doubt it, you should have paid attention to his “Anti-Racist Shakespeare” project, which took place last summer.

“There are things in plays that are really harmful to contemporary audiences,” explained one participant, Madeline Sayet of Arizona State University. “They have these violent colonial implications. . . If you read Shakespeare’s plays and you don’t see any sexism or racism, then there’s a lot of education that I think, as a human being, you need to look at.

This last sentence is wonderfully revealing. You’re not really allowed to disagree with Ms Sayet because if you don’t think Shakespeare is sexist and racist you need “a lot of education”.

As it happens, I don’t think Shakespeare is one of those things. It’s not just that it’s too vast, too complex to identify. It is that such labels are so anachronistic that they are completely useless.

For Shakespeare, concepts such as racism and “ableism” would have made no sense.

Yet directors and academics simply can’t help themselves. Sayet even claims that if you think Shakespeare is the greatest writer of all time, you’re taking a “dangerous, white supremacist” view. 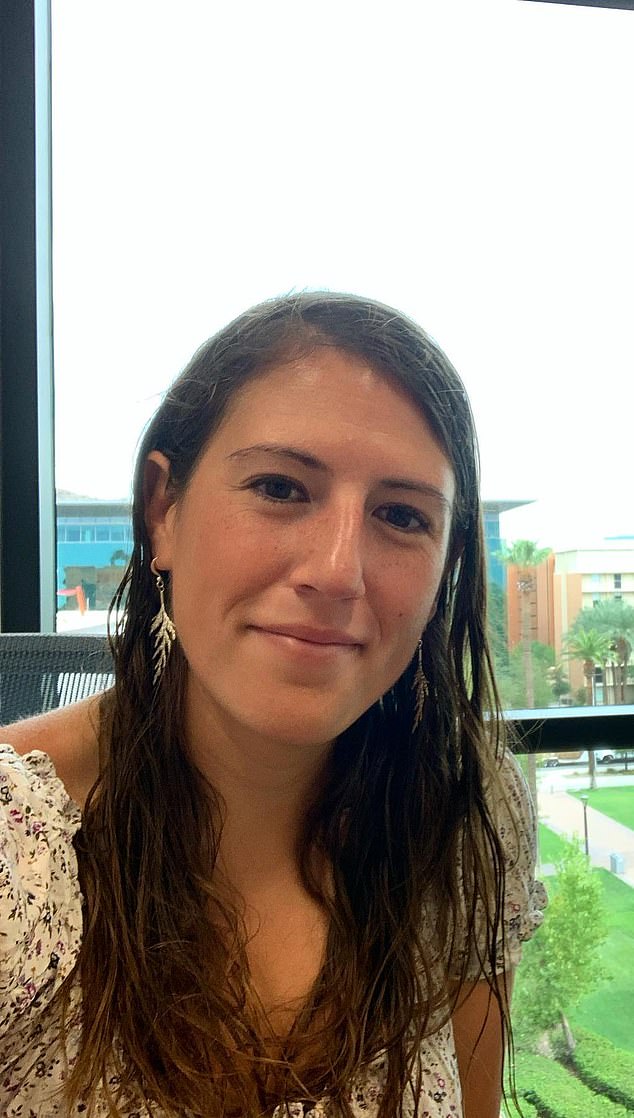 “There are things in plays that are really harmful to contemporary audiences,” said participant Madeline Sayet (pictured) from Arizona State University.

In some ways, it is perhaps a compliment to Shakespeare that he attracts this kind of criticism. Just as protesters in London seem magnetically drawn to the statue of Churchill, no well-meaning academic can resist taking low blows at Shakespeare.

But while it’s tempting to laugh, there’s nothing funny about it, especially when it reverberates through our schools.

Our children should be allowed to meet the most wonderful writer in the English language without having to endure the whiny gibberish that has tainted so many cultural institutions.

They should come to Shakespeare free from the sickening victimization in which some of their elders seem to revel. And they should experience the big moments – Falstaff in the boar’s head, King Lear howling in the storm – without feeling complicit in the writer’s imagined racism.

Above all, they should be allowed to appreciate Shakespeare for what it is. Not a mere “conduit” for patronizing discussion of the latest political fashions. But the greatest writer on love and hate, longing and heartache, ambition and disaster, life and death, that our island has ever produced.

The people who founded the Royal Shakespeare Company just over 60 years ago knew this in their bones. After all, that was the main reason they started the company in the first place.

However, if their successors disagree, what the hell are they doing there?