The Dee and Alyn Gilbert and Sullivan Society is set to return to Theatr Clwyd for the first time since the Covid-19 pandemic.

The Deeside-based company will stage the popular West End and Broadway musical ‘Anything Goes’ at the Mold Theater from Wednesday June 15 to Saturday June 18.

The show is co-directed for Dee and Alyn by Ruth Roberts and Joni Rusling with musical direction by Steve Roberts.

With a host of classic songs written and composed by Cole Porter, including “You’re The Top”, “It’s De-lovely” and “I Get a Kick Out Of You”, Anything Goes centers on crazy antics aboard an ocean liner, the American SS, bound from New York to London.

Billy Crocker is a stowaway in love with heiress Hope Harcourt, engaged to Lord Evelyn Oakleigh. 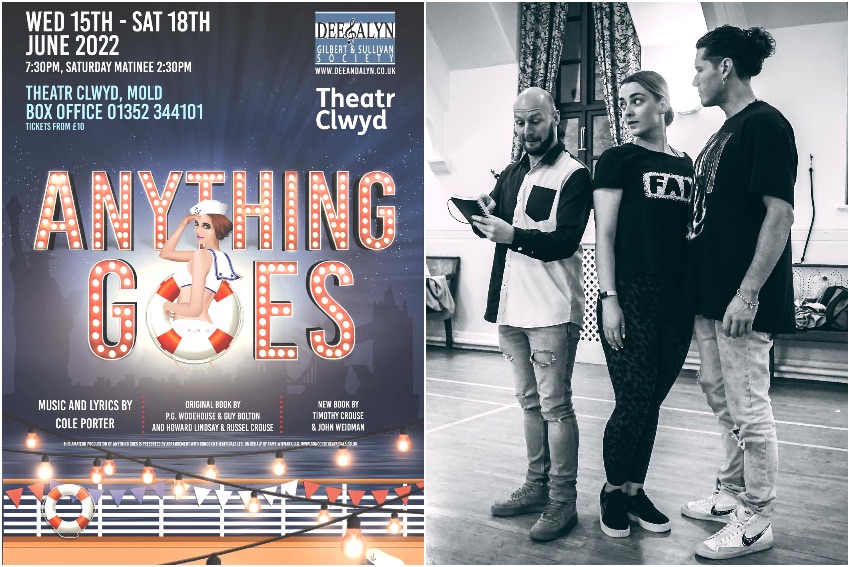 The show is enjoying something of a revival, with a production that opened at London’s Barbican in 2021 starring Robert Lyndsey, Sutton Foster and Felicity Kendall.

The production is currently touring the UK.

The Dee and Alyn production features many artists who will be familiar to local theatergoers including Joel Merry and Annie-Howarth Jones who recently appeared on the Clwyd Stage in CATS, Andrew Rawlinson-Heath, Josie McSollars, Michael Hetherington and Kayleigh Strong .

Speaking about returning to Theatr Clwyd for the first time in 2 years, Alison Williams, Society President, said: “After a 2-year hiatus, Dee and Alyn Gilbert and Sullivan Society are delighted to return to Theatr Clwyd from 15 to June 18 and embarking on the American SS to stage the 2018 version of Cole Porters “Anything Goes”.

“This fabulous show has it all – toe tapping dance routines, a hilarious storyline, great songs, various public enemies and even a love triangle. We’re sure you’ll ‘Get a Kick’ to see this show because it’s going to be “De-lovely”.

Did you spot something? You have a story? Send a Facebook message | A direct message to Twitter | Email: [email protected]

Be informed of
news from all over north wales

IIn a rehearsal room with dark walls, three actors line up. “Do you agree with the word handicap? begins Simon Laherty. A dedicated fan of Britney Spears, he wears a black hoodie emblazoned with the singer and her “Oops…” slogan. “I don’t think that describes me,” Sarah Mainwaring retorts in a firm voice, each syllable […]

Ruth Kirschner will be offering a writing workshop on Saturday, April 2 from 2:00 p.m. to 5:00 p.m. after Whippoorwill’s opening night. The writing workshop will take place in the President Circle room of the Lackland Performing Arts Center at 715 Grand Avenue, Hackettstown, NJ on the campus of Centenary University. This event is free […]