Croatia-based British-Irish producer Mike Downey is among a list of distinguished artists and executives invited to join the Academy of Motion Picture Arts and Sciences (AMPAS).

The class of 2022 guests of the US Academy includes 71 Oscar nominees, including 15 winners.

Downey is among 30 producers who have been offered Academy membership, alongside Damon D’Oliveira, Philippe Rousselet, Tim and Trevor White and Teruhisa Yamamoto.

Downey, who resides on the Croatian peninsula of Istria, was one of the founders of the local Motovun film festival, as well as the artistic director of the Pula Film Festival, Croatia’s oldest film festival, for several years . It has also produced over 15 films locally from its catalog of 100 films.

He was awarded the Most Excellent Order of the British Empire in the Queen’s Birthday Honors List 2021, this Order of British Knighthood, presented to him for his services to world cinema.

In early 2022, nominated by Lord Putnam, he was invited to become a Fellow of the Royal Society of Arts, joining a wide range of former Fellows of artists and scientists, including Karl Marx, Charles Dickens and Stephen Hawking.

In September 2020, it was announced that Downey would be the Honorary President of the 2020/2021 Jury of the revamped LUX Prize, renamed LUX – the European Audience Film Prize by the European Parliament and the European Film Academy (also known as public price name LUX) . His last mandate as a film festival director was for two years the artistic director of the international film festival of Antalya in Turkey. 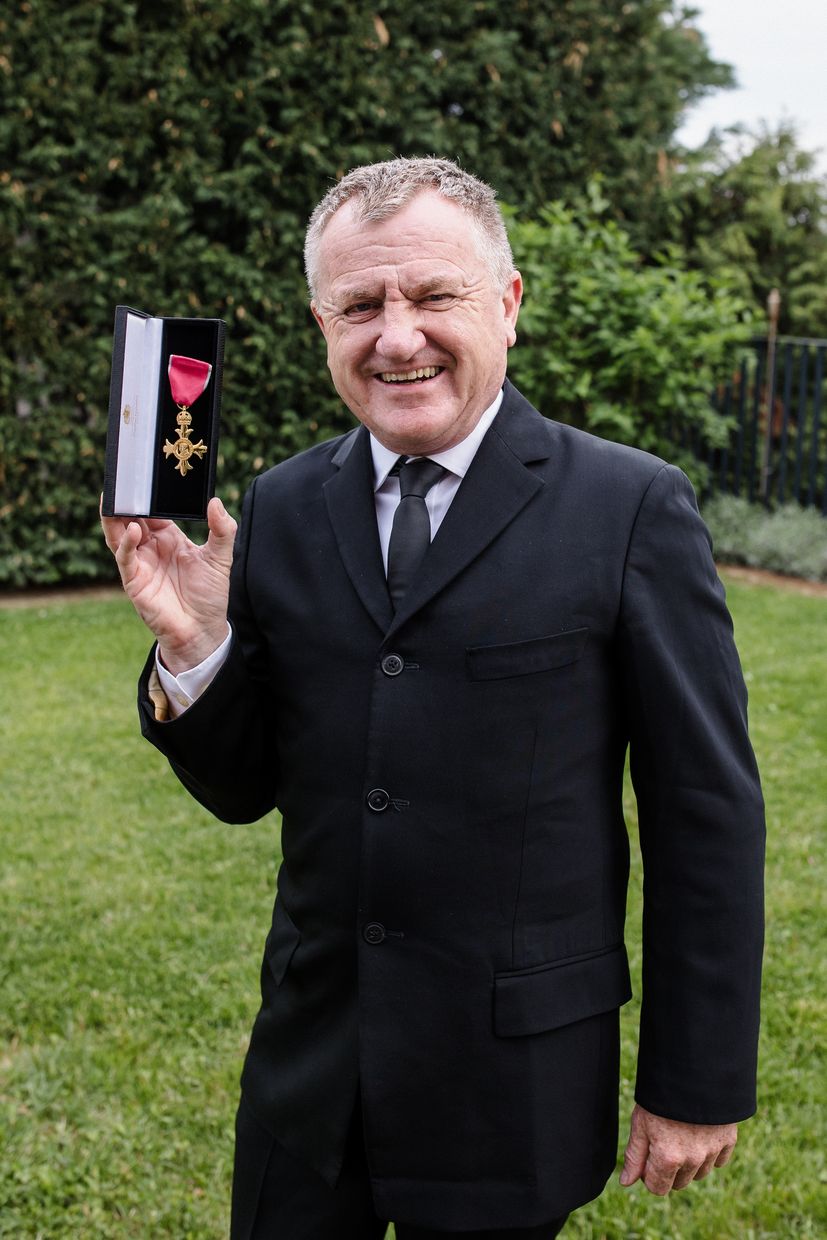 He has been a member of the board of the European Film Academy for almost 20 years and has just completed his third year as president alongside presidents Wim Wenders and then Agnieszka Holland – the previous six years he was vice-president . He has been a board member of BAFTA for 15 years.

In 2014, he was named Producer of the Decade at the Fort Lauderdale International Film Festival, joining previous two incumbents Ed Pressman and Robert Evans. A tribute was also paid to his work as a producer at the 2015 Prague Film Festival. This was followed in 2022 by the awarding of the lifetime achievement award, the Kristian Award, for his contribution to world cinema.

He continues his humanitarian work, not only with the White Ribbon Alliance, but last year Downey was part of the team that launched the International Coalition for Filmmakers at Risk (ICFR).

A member of the Asia Pacific Screen Academy (APSA) since 2017, Downey was as a former winner of the APSA Award for Cultural Diversity and a jury member for APSA 2019. He is also a member of the Academy of Arts and of Film Science (AMPAS) as well as being an alumnus of the Sundance Institute.

Downey’s debut novel, Istria Gold, will be published in the UK in July by MPress Media.

You can see the full list of new members of the Academy Class of 2022 HERE.

SANTA FE, NM (KRQE) — A Santa Fe-based music producer is one of the minds behind album of the year at this year’s Grammys. News 13 took a look at his new studio which he hopes will be an escape for the local artists he works with. “We were ecstatic about it and didn’t even […]

New York-based Reservoir Media has secured a deal for a stake in legendary hip-hop producer and songwriter Larry Smith’s catalog. According to a press release, the deal includes the late Smith’s collaborations with precursor rap group Whodini in 1984. Escape and 1986 Back in black. Today’s news follows Reservoir’s recent financial results release for its […]

MUMBAI: Indian music composer-producer Roy, who is known for producing music for songs like “Hawayein”, “London Thumakda” and “Zaalima”, which gave us many hit songs, recently composed and produced music for the main title track ‘Whistle Theme’ in Akshay Kumar featured ‘Bachchan Pandey’.His songs have collectively garnered billions of views on Youtube and they are […]