“The Diary of Anne Frank” is the true story of two families forced to hide from the world in an attic as the horrors of war rage around them. This transcendentally powerful new adaptation by Wendy Kesselman of the original play by Goodrich and Hackett blends stories of survivors and newly unearthed writings from Anne Frank’s diary to create a passionate contemporary story of those persecuted under the Nazi regime.

“Even after 75 years, the story of Anne Frank still resonates and has so much to teach us all,” he said. “This production – with a beautiful and amazing multiracial and diverse cast – shows how we can truly live together to create a better world. That’s the whole idea behind the production – to band together and do something beautiful.

Stage manager Bria Jayden Moscetti, a second-year music technology student at MCCC, commented: “Our production of the Anne Frank story provides a refreshing yet very real message that we are all human.

Kyle Bethea, a sophomore at MCCC who recently researched the parallels between African Americans and people of Jewish descent, was assigned the research for the show’s casting.

“Although the play is about the Holocaust and the uprising of Hitler and the Nazis, the Academic Theater and Dance Company felt it was important to have diverse minorities in the cast of The Diary of Anne Frank to add more diversity and inclusion,” Bethea said. “So we added a little twist and we have a Latina playing Anne Frank, a Haitian playing Mr. Dussel, an African American playing Mr. Kraler. I identify as an African-Asian American and play the role of Peter Van Daan.

“The Diary of Anne Frank is an adaptation for a new generation capable of confronting the true horrors of the Holocaust,” Gazenbeek-Person remarked. “Don’t miss it.”

Tickets can be purchased online at KelseyTheatre.org or by calling the Kelsey Box Office at 609-570-3333. Tickets can also be ordered directly at https://ci.ovationtix.com/35232. Kelsey Box Office hours are Monday through Thursday, 9 a.m. to noon and Friday 5 p.m. to 7 p.m. for phone and in-person purchases, and one hour before show time for purchases in person only. Masks are recommended but not required.

More information about MCCC’s Theatre/Dance program can be found at https://www.mccc.edu/pdf/program-brochure_dancetheatre.pdf.

The Kelsey Theater is located on the MCCC campus at 1200 Old Trenton Road in West Windsor Township. The theater is wheelchair accessible and free parking is available next to the building. Assistive listening devices are available upon request. For a complete listing of events, visit Kelsey’s website at www.KelseyTheatre.org.

Go to the Kelsey Theater

(Left to right) Lawrenceville’s Sofia Ines Garcia as Anne Frank and Lawrence Township’s Lisbeth Burgos as Margot Frank rehearsing for ‘The Diary of Anne Frank’ presented by the Academic Theater and Dance Company of Mercer County Community College (MCCC). Performances will take place April 22-24 at the Kelsey Theater on the college’s West Windsor campus at 1200 Old Trenton Road. Tickets can be purchased online at Kelsey.mccc.edu or by visiting the Kelsey Box Office or calling 609-570-3333. (Photo credit: Bria Moscetti) 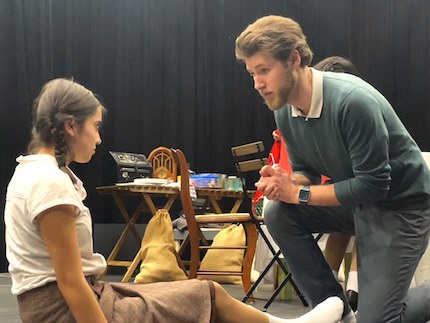 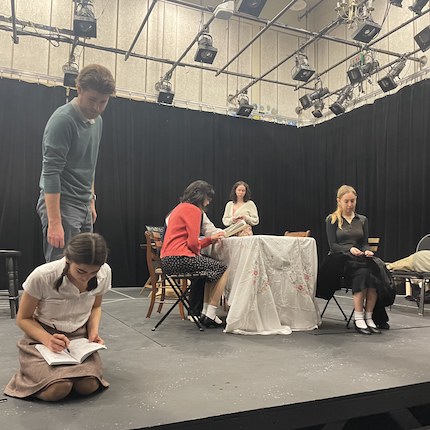 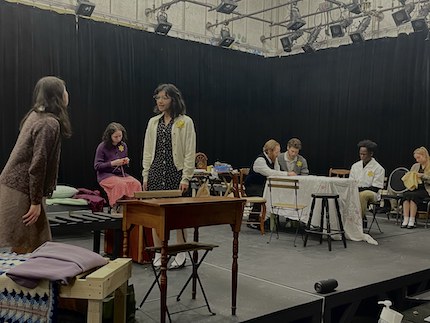 If you own a Tesla, or if a loved one owns one, or if you’re considering buying one, or if you share public roads with Tesla cars, you might want to watch the new documentary “Elon Musk’s Crash Course “. Airing Friday on FX and Hulu, the chilling 75-minute show shines a light on the […]

After careful consideration and discussion, Los Altos Stage Company and Los Altos Youth Theater have rolled back their schedule for the remainder of their seasons by approximately one month and reduced the total number of performances for each production. New dates for upcoming productions are listed below.i??Tickets are on sale now for $20.00 to $40.00 […]